A weekend in Tenerife with Dale

A WEEKEND IN TENERIFE

The small island of Tenerife is part of the famous Canary Islands. Though the islands are a part of Spain, they are very far from the mainland. The seven islands are in the Atlantic ocean, off the coast of Morocco. Due to great flight prices, I decided I'd take the three or so hour flight from Madrid with RyanAir to the largest of the islands, Tenerife. That was definitely one of the better decisions I have made. (If you want to know where the islands are, the following picture shows exactly where they are.) 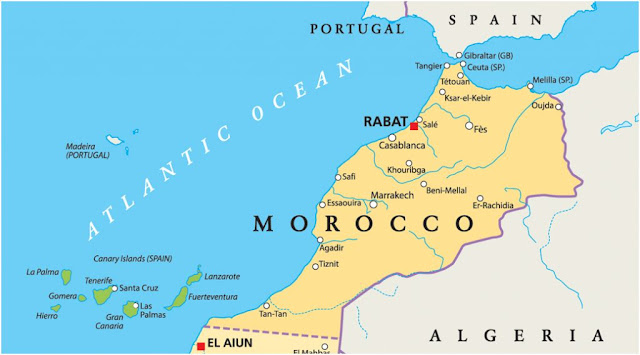 Now that we all know that Tenerife is not just an Ed Sheeran song (A very good song must I add), we can get to the part where I tell you why you should absolutely try and visit this island! The temperature there is around thirty degrees all year long due to it's proximity to the equator. The only thing you have to worry about is the sunburns that come with it. The people there are incredibly friendly and helpful. Also, there is a way for everyone to visit the island, whether you are a budgeting backpacker or a luxury traveler.

One thing with small islands like this is that the runways of the airports are usually not visible until the end of the descent. It scares me sometimes to be honest! In this case, we were landing at the Tenerife North Airport, which is located in a beautiful valley. From the minute I stepped out of the airport, I had realized I made a great decision to visit this place. I saw beautiful colorful cities, palm trees everywhere and beautiful scenery as far as I could see.

Tenerife also has an incredible bus system for tourists and locals. The local bus company named "Titsa" , has routes that go from the north to the south of the island daily. It is incredibly easy to use and a cheap way to visit the best parts of Tenerife. I believe I paid somewhere around 20 euros for transportation for my whole time there, which is incredibly reasonable.

After hopping on the bus I made my way towards the quaint hostel I was staying at in La Laguna, which is short for the actual name of San Critobal De La Laguna. This town/city is actually a UNESCO world heritage site and is so well preserved because of it. The Old town is very beautiful and the architecture with the scenery makes it a sight to see.

After dropping my backpack off at the hostel, I headed back to the bus terminal. It was time to visit a little-known village on the northern coast of Tenerife called Punta Del Hidalgo. There was little information about it online, but I had seen a picture taken from the village of the surrounding area and knew I had to go there. After a comfortable thirty minute bus ride, I arrived in the village and was mesmerized by the views.

I ended up walking around the town for 3 hours, taking a lot of photos and getting a solid sunburn.(Thanks to the security at the airport for taking my 20$ bottle of sunscreen) It was worth it though! Every part of this small town was scenic. I ended up walking down an old dirt road to the other side of town, past the very unique lighthouse and saw the most beautiful mountains, which were made even nicer by the Atlantic ocean that surrounded them. 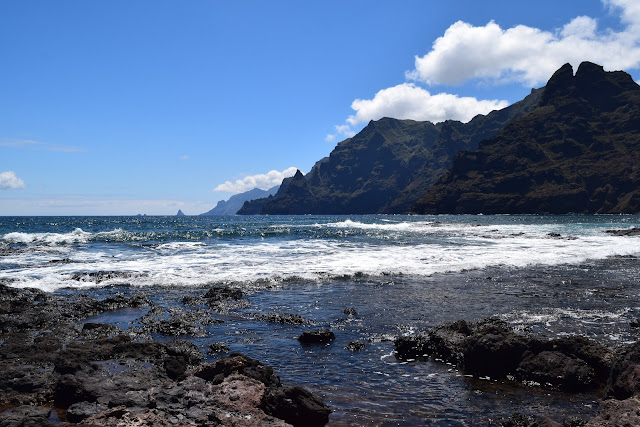 After having a quick meal in the town with a few of the locals, I headed back to La Laguna and walked around the old town for the rest of the night.

The next morning, which was technically my last full day there, I woke up very early to catch the first bus to Puerto de la Cruz. I had to get there early because today I was going to visit the biggest tourist attraction on the island, Teide National Park. There is only one bus to Teide each day so I had to be there by 7:30 sharp. By chance, I ended up taking a tour instead with Montes de Tenerife. They were offering a tour that would let me see the entire national park instead of just the volcano for a good price so I ended up doing the tour. The tour guide Maria was amazing and I got to see so much great places in the national park.

After driving around in the national park, it was time to go up the volcano to 3555 meters. I took a cable car to the top and walked around. Astonishingly, you could see the entire island of Tenerife and a few other of the Canary Islands at that elevation.

After our full day excursion of Teide National Park, Maria, our guide brought us back to Puerto de la Cruz. Before leaving back to la Laguna on the bus I decided to walk towards the shore and see the beach of the city, as unfortunately it might be the last time I am ever there.

And that was it for my short weekend trip to the canary islands, so I hopped back on the Titsa bus to go back to my hostel. The next morning, I flew out at 9 am and said farewell to this beautiful island!

Where do you want to go?

An Active Few Days in Switzerland with Paulette and Randy!